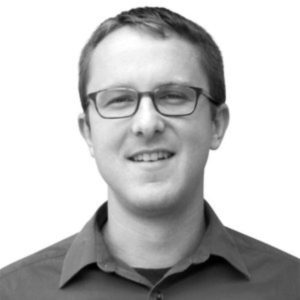 I am a Senior Lecturer in Philosophy at the University of St Andrews and Director of the Centre for Ethics, Philosophy and Public Affairs. I work on issues in ethics and metaphysics. My publications are available below.

Hypersensitive Ethics: Much Ado about Nearly Nothing (under contract) Oxford University Press

Many classic moral paradoxes involve conditional obligations, such as the obligation to be gentle if one is to murder. Many others involve supererogatory acts, or “good deeds beyond the call of duty.” Less attention, however, has been paid to the intersection of these topics. We develop the first general account of conditional supererogation. It has the power to solve both some familiar puzzles as well as several that we introduce. Moreover, our account builds on two familiar insights: the idea that conditionals restrict quantification and the idea that supererogation emerges from a clash between justifying and requiring reasons.

Fiona Woollard argues that when one is personally involved in an emergency, one has a moral requirement to make substantial sacrifices to aid others that one would not otherwise have. She holds that there are three ways in which one could be personally involved in an emergency: by being physically proximate to the victims of the emergency; by being the only person who can help the victims; or by having a personal encounter with the victims. Each of these factors is claimed to be defeasibly sufficient to ground personal involvement, and thus a requirement of substantial sacrifice to aid. Woollard defends this view on the basis of a number of cases. We show that Woollard’s cases contain various confounding factors. In view of the more precisely drawn cases offered here, it is clear that neither proximity nor uniqueness nor personal encounter is intuitively defeasibly sufficient in the way Woollard claims.

Effective Altruism is a social movement which encourages people to do as much good as they can when helping others, given limited money, time, effort, and other resources. This paper first identifies a minimal philosophical view that underpins this movement, and then argues that there is an analogous minimal philosophical view which might underpin Effective Justice, a possible social movement that would encourage promoting justice most effectively, given limited resources. The latter minimal view reflects an insight about justice, and our non-diminishing moral reason to promote more of it, that surprisingly has gone largely unnoticed and undiscussed. The Effective Altruism movement has led many to reconsider how best to help others, but relatively little attention has been paid to the differences in degrees of cost-effectiveness of activities designed to decrease injustice. This paper therefore not only furthers philosophical understanding of justice, but has potentially major practical implications.

Suppose two children face a deadly threat. You can either do nothing, save one child by sacrificing your arms, or save both by sacrificing your arms. Here are two plausible claims: first, it is permissible to do nothing; second, it is wrong to save only one. Joe Horton argues that the combination of these two claims has the implausible implication that if you are not going to save both children, you ought to save neither. This is one instance of what he calls the All or Nothing Problem. I here present conditional permissions as the solution. Although saving only one child is wrong, it can be conditionally permissible, that is, permissible given what you are not going to do. You ought to save both children or save neither, but if you are not going to save both, you ought to do the next best thing (save one) or save neither.

Most believe that it is worse for a person to die than to continue to exist with a good life. At the same time, many believe that it is not worse for a merely possible person never to exist than to exist with a good life. I argue that if the underlying properties that make us the sort of thing we essentially are can come in small degrees, then to maintain this commonly-held pair of beliefs we will have to embrace an implausible sort of evaluative hypersensitivity to slight nonevaluative differences. Avoidance of such hypersensitivity pressures us to accept that it can be worse for merely possible people never to exist. If this conclusion is correct, then the standard basis for giving no or less priority to merely possible persons would disappear (i.e., that things cannot be better or worse for them). Though defenders of Person-Affecting Views and their opponents may still disagree in theory, they could arrive at the same answers to many monumentally important practical questions.

In his interesting and provocative article ‘Being Good in a World of Need’, Larry Temkin argues for the possibility of a type of Each-We Dilemma in which, if we each produce the most good we can individually, we produce a worse outcome collectively. Such situations would ostensibly be troubling from the standpoint of effective altruism, the project of finding out how to do the most good and doing it, subject to not violating side-constraints. We here show that Temkin’s argument is more controversial than it may appear initially regarding both impartiality and goodness. This is because it is both inconsistent with (i) a plausible conception of impartiality (Anonymity) and inconsistent with (ii) the standard view of goodness (the Internal Aspects View). Moreover, because (i) and (ii) are entailed by the sense of ‘impartial goodness’ that effective altruism tentatively adopts, Temkin’s argument is less relevant to effective altruism than he suggests.

Intuitively there are many different things that non-derivatively contribute to well-being: pleasure, desire satisfaction, knowledge, friendship, love, rationality, freedom, moral virtue, and appreciation of true beauty. According to pluralism, at least two different types of things non-derivatively contribute to well-being. Lopsided lives score very low in terms of some types of things that putatively non-derivatively contribute to well-being, but very high in terms of other such types of things. I argue that pluralists essentially face a trilemma about lopsided lives: they must either make implausible claims about how they compare in terms of overall well-being with more balanced lives, allow overall well-being to be implausibly hypersensitive to very slight nonevaluative differences, or else adopt implausible seeming limits on what things lives can contain or how much they can contribute to overall well-being. Such problems about lopsided lives thus push us away from pluralism and toward simpler theories of well-being, toward hedonism in particular. This article is the subject of a critical reply by Eden Lin (in progress).

Effective altruists recommend that we give large sums to charity, but by far their more central message is that we give effectively, i.e., to whatever charities would do the most good per dollar donated. In this paper, I’ll assume that it’s not wrong not to give bigger, but will explore to what extent it may well nonetheless be wrong not to give better. The main claim I’ll argue for here is that in many cases it would be wrong of you to give a sum of money to charities that do less good than others you could have given to instead, even if it would not have been wrong of you not to give the money to any charity at all. I assume that all the charities under discussion here do positive good overall, do not cause harm, do not infringe rights, etc. What makes my main claim here particularly interesting is that it is inconsistent with what appears to be a fairly common assumption in the ethics of giving, according to which if it is not wrong of you to keep some sum of money for yourself, then it is likewise not wrong of you to donate it to any particular charity you choose. Roughly: if it’s up to you whether to donate the money, it’s also up to you where to donate the money. I challenge this common assumption. This article received the PEA Soup Readers’ Choice Paper Prize. It is also the focus of popular pieces in The Saint and The Conversation (republished in EconoTimes and Alliance) as well as a discussion on the philosophy blog PEA Soup (with a critical précis by Johann Frick). It is the subject of a critical reply by Thomas Sinclair.

It seems plausible that (i) how much punishment a person deserves cannot be affected by the mere existence or nonexistence of another person. We might have also thought that (ii) how much punishment is deserved cannot increase merely in virtue of personal division. I argue that (i) and (ii) are inconsistent with the popular belief that, other things being equal, when people culpably do very wrong or bad acts, they ought to be punished for this – even if they have repented, are now virtuous, and punishing them would benefit no one. Insofar as we cannot deny (i), we are either forced to abandon the popular belief in desert, or else allow that personal division could, as I put it, “multiply desert”. Some may not find the latter, considered by itself, troubling. But I argue that the thesis that division multiplies desert faces a potentially serious problem, which arises in the context of personal fusion. It is accordingly difficult to see how to maintain a particular family of desert views in light of the cases here presented. This article is the subject of a critical reply by Benjamin Curtis.

Is there some large number of very mild hangnail pains, each experienced by a separate person, which would be worse than two years of excruciating torture, experienced by a single person? Many people have the intuition that the answer to this question is No. However, a host of philosophers have argued that, because we have no intuitive grasp of very large numbers, we should not trust such intuitions. I argue that there is decent intuitive support for the No answer, which does not depend on our intuitively grasping or imagining very large numbers. This article is the subject of a critical reply by Johan Gustafsson.

We might worry that Peter Singer’s argument from “Famine, Affluence, and Morality” is unconvincing to non-consequentialists who accept moral constraints against imposing significant risks of harm on individuals. After all, giving to overseas charities often comes with such risks. I argue that plausible non-consequentialist criteria imply that it is not wrong to give to at least some of the charities that Singer and other effective altruists recommend.

I very briefly sketch two arguments for the claim that we have significant moral reason to ‘add happy people’ (that is, bring into existence people with lives that are well worth living), independently of any effects on those already existing.